Proprioception on Ice: Perspectives from a Frozen Stage 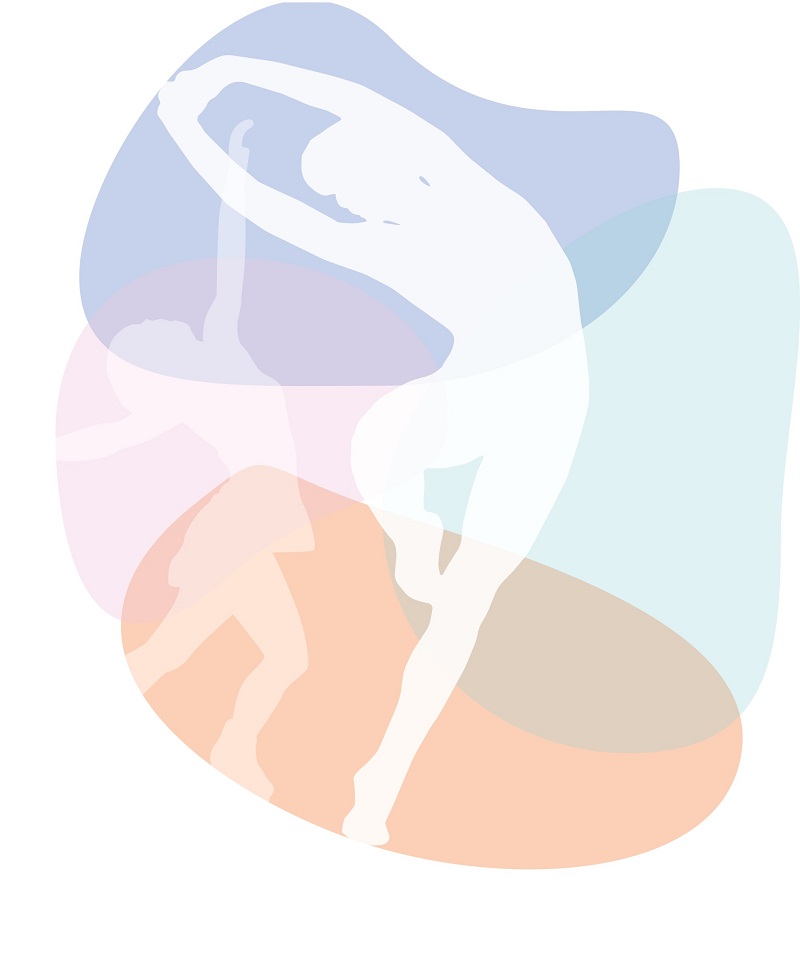 Proprioception on Ice: Perspectives from a Frozen Stage

“Quiet yourself…Give ear to the echoing whisper of a skating blade on ice. Embrace, yes, pursue, the whole mystery of the gliding edge! A glorious delight of generations!” – figure skating champion Janet Lynn from her book, Echoing Whispers on Ice.

Skating on ice can be a subtle, flowing experience. It can also jolt us when we fall or exhilarate us when we fly across the ice with speed. It introduces our body-mind system to a multi-sensory activity in a unique environment. External factors that affect a skater’s proprioception include the equipment, ice surface, environment, and movement of other skaters.

A Conversation between Body, Blade, and Ice

There’s nothing quite like the experience of gliding across the ice. It’s deceptively difficult because centrifugal force challenges a skater’s balance even at a very slow speed. Our blades are curved, as are most of the movement pathways we create on the ice. The curved blade carves a curved pathway into the ice, directed by our body alignment, movement, and tension. These pathways, called tracings or ice prints, form a map of the body-blade-ice conversation.

Skating blades have two edges, inside and outside, with a concave curve between the edges called the hollow. From front to back, the blade forms a convex curve called the rocker. Skaters must learn to balance on specific parts of the blade and shift seamlessly from one part to another for a given skill. I used to say to beginners, “It’s like balancing on a rocking chair.” We practiced rocking on the floor, with and without skates on, before rocking on the blade while gliding. Skaters who develop awareness of their feet through dance or movement quickly get the gist of leaning on an edge and rocking on the blade.

Boots and blades come in many forms, each designed with specific types of skating in mind. The rocker and hollow must be accurately maintained with each sharpening. Subtle problems with boot and blade maintenance can disrupt the conversation between body, blade, and ice. This adversely affects the skater’s kinesthetic, vestibular, and proprioceptive perception.

Ice consistency and quality vary quite a bit. Indoor arenas regulate humidity and temperature to control the ice surface. Ice for hockey tends to be harder than for figure skating. I used to teach at a rink that had softer ice, which made jump landings gentler, but maintaining speed was more challenging. Another rink where I taught had very hard ice. My students noticed the differences between the ice surfaces, especially on jump landings. Skaters may have their blades sharpened specifically for a soft or hard ice surface.

The arena shape and size affect a skater’s proprioception and spatial awareness. Every year, many figure skaters attend a competition at a historic arena outside of Philadelphia that has a low curb for a boundary and mirrors at one end of the arena. Skaters who aren’t used to the rink feel as if they will glide off the ice and over the curb. As a professional skater, I performed in theaters with dimensions much smaller than any ice surface I had skated on during my years as an amateur. I quickly had to recalibrate my speed and sense of space, lest I end up in the first row of seats!

During practice sessions and event warm-ups, figure skaters share the ice. Skaters use peripheral vision, sensing, and hearing to navigate, adapting on the fly to changes in speed, direction, background noise, bumps on the ice, and falling objects. (Skaters never stop falling – they just learn to get up quickly!) Partners and teammates train on and off the ice to develop the spatial and kinesthetic connections between them. As a teenager, I shared the ice with a blind figure skater. He learned to jump and spin and later coached other skaters. (Visit http://www.philly.com/philly/living/20160304_For_blind_skater__a_life_of_ice_dancing_in_the_dark.html for an account of his experience.)

Sighted skaters don’t usually have access to a mirror while skating. Before video recording became ubiquitous, we relied on our other senses, the ice prints, and coach input for feedback. Today, coaches use video analysis apps for phones and tablets during lessons. They also use tools on and off the ice, such as jumping harnesses, balance boards, spinning discs, and resistance bands. Modern training tools provide safe ways to prepare for advanced skills and have helped facilitate the era of quadruple rotation jumps.

Touch, even through layers of fleece and mittens, provides useful feedback to skaters and coaches. One of my coaches realized I responded well to gentle touch, and he used it instinctively to help me re-pattern ineffective movements. As a coach, I used touch to troubleshoot subtle issues that interfered with a student’s body-blade-ice conversation. More often than not, the touch engaged my proprioceptive and kinesthetic systems to reveal moments in which the skater needed to better manage centrifugal force – in skating lingo, a loss of edge control.

During the years that I skated, the subtle art of skating figure eights was required learning for all figure skaters. We used soft boots and delicately calibrated blades to practice figure eight patterns in silence for several hours each day. Concepts such as axis, diameter, radius, tangent, and perpendicular came to life in my body and mind as a result of this training. As we skated slowly in silence, we began to understand how lift, lean, twist, and tension quality influenced the sounds and tracings our blades made. Because the tracings were judged for precision and consistency, we learned to connect our visual and kinesthetic senses to align the circles along a vertical axis, with turns placed in exact locations on the circle. I didn’t know it then, but we were developing the capacity to “think-feel,” as I later discovered in dance classes at the Erick Hawkins School for Dance. I taught the fundamentals of figure eights for many years, although they are no longer an official component of competitive figure skating. The World Figure Sport Society (https://worldfiguresport.org) has emerged to preserve and share the knowledge of figure eights. While coaching, I wrote a blog called It Figures! that included a few posts about movement and somatic practices that I found helpful as both a skater and coach. An archive of the blog resides at https://somaticsport.atavist.com/

Jaya fell in love with figure skating at age six, training, testing, and competing for 10 years. A U.S. Figure Skating gold test medalist in Figures, Free Skating, and Field Moves, she coached and choreographed for more than 25 years. Jaya performed professionally and served on the boards of several skating organizations. She also provided editorial support for the educational publications, Skater’s Edge and Skater’s Edge Sourcebook. Jaya stopped coaching on the ice in 2016 and now focuses on somatic practices, including Laban/Bartenieff movement, GYROKINESIS® exercise, and Reiki.