Why not Martial Arts ! 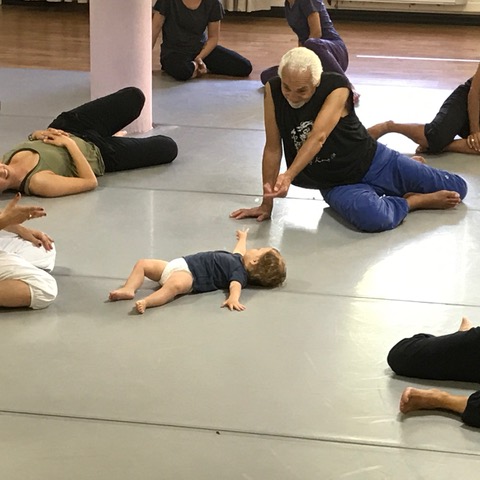 Why not Martial Arts !

Back in the mid to late 80s in the San Francisco Bay Area, there were meetings with many movement teachers, body workers and others looking to create a somatic organization. I am not sure if these are the roots of ISMETA or if it evolved out of another effort to centralize and organize Somatics into an association. In any event I went to a number of these early meetings and was always taken aback, because the participants only wanted to define “Somatics” as Western-based practices. I remember introducing the idea that non-Western practices like Tai Chi and Aikido shared the same basic roots. My words fell on deaf ears.

Recently, I participated in some online events in the Somatic Conference. At this forum I was reminded of the reluctance to acknowledge martial arts and other non-Western practices as Somatic practices. There was one exception in the conference I want to acknowledge, Professor Jeong Myung Gim, from Korea, who is a practitioner of Hanna Somatics, and who used Chi Gong in his demonstration.  At the end of his meeting the moderator thanked the professor for bringing Somatics to Asia. I was in disbelief that at this point in time someone would think bringing Hanna Somatics to Asia could be interpreted as bringing Somatics to Asia. I hope she simply forgot to put Hanna in front of Somatics. It is true that Professor Gim brought Hanna Somatics to South Korea, but the good Professor is a bit young to be responsible for introducing the philosophy and practice of using awareness and mindfulness in movement to Asia. It is important to understand that the roots of Somatics are much deeper than the word “Somatics.”

I believe in 1973 Thomas Hanna, a student of Moshe Feldenkrais (who was a student and high-ranking practitioner of Judo), came up with the word Somatics. “Soma” being a Greek word meaning “Body,” to identify Hanna’s approach to movement awareness. Indeed Mr. Hanna came up with the word Somatics but not the philosophy and practice. This is something that has been deeply rooted in Asian cultures for thousands of years.

In the West it is often forgotten where the roots of Somatics lie. The Western approaches are deeply influenced and developed as branches of Yoga, (to unite body, mind and spirit), Chi Gong (cultivation of our Chi or life force), Tai Chi, Aikido, Shintaido and other softer Martial Arts.

I would like to name two other practices that are the ancestors of Somatics as well. I will use the Japanese names here, “Chado” Tea Ceremony and “Shodo” Calligraphy.  These are practices that cultivate all the elements of the Western Somatic disciplines. They may differ in the approach but not necessarily in the intention and results. I want to point out that in the West, we are newborns when you consider how long these practices have been developing in China, India and other Asian civilizations.

As not all movement practices are Somatic practices, so too not all Martial Arts can be defined as Somatic practices. It depends on the approach and the teacher. I would venture to say almost any movement discipline could be a Somatic practice with the right intention and direction. Today we see many examples of this from ballet to golf to jogging.

One example of this applied in a Martial Art setting is learning to defend an attack, for example, a strike to the side of the head. One learns to block the strike, check or neutralize it, and then counter with a strike. One becomes aware of all the elements in defending said attack, the footwork, the action of the hands and arms, balance, transferring weight, body position in relation to the attacker and executing the movements from center.  By repeating and practicing this sequence it becomes a practice in awareness of our actions. Through repetition it settles into our neural muscular network, into our unconsciousness, and we become the movement and the movement becomes us.

In the end movement is movement, it is the mind and attention behind it that distinguishes a discipline to be under the Somatic umbrella. So again, it is the approach that becomes the thread connecting the body, mind and spirit.

A second topic I would like to address is pace.  Slowing down the movement is rightfully an important staple of Somatics, and can one move at a faster pace and still maintain awareness?  When we are first learning through movement, it is important to go slowly so the brain can process the new information and not only rely on old patterns that it knows. This allows new information to come into our awareness and to make new connections and possibilities in the neural muscular network. Learning to be relaxed, slowing down and paying attention, or just lying on the ground and letting all the muscles relax and the bones drop closer to the floor are critical elements in our Somatic education.  And at the same time, life takes place in many dynamics. If you only practice relaxation in low-key situations, you are creating an incomplete narrative. Life holds many moments of stress that can happen in fast-moving situations. Learning to stay centered, aware and relaxed in all these different situations and dynamics is also part of the learning model. This is where Martial Arts potentially enters and blends into the Somatic picture.

Once the movements are in the body, we can stay awake and present while moving quickly.  Being connected, observing and allowing the body/mind to execute what it knows without conscious directing is another element of mindfulness.  In the Japanese Martial Arts this concept is called MuShin or “no mind.” Once you learn the movements and they become part of your repertoire, you can both practice them in a slow conscious way and at the same time you can just execute them and be a mindful observer, but not the conscious director.

An everyday example of this is riding a bicycle. Once I learn I don’t have to think of all the things that I had to learn to ride.  I can just enjoy the trip. I can still focus on all the minute movements necessary to keep balanced and the bike moving forward. Or I can just ride.  Another example is when I do exercises designed to re-pattern the walking reflexes. I do them slowly and with focused awareness on exactly how I am moving.  And, at some point I have to get up and walk. I have to allow the wisdom of the system to integrate the new information. Of course, I may have to return to the lesson a number of times to establish the new pattern but ultimately when I am out for a stroll in the mall, on a trail, or walking to market, I just have to walk and enjoy what is.  Paying attention to my movement, whether moving slow or fast, directing or witnessing, allows me to wake up and be in the present moment; a moving meditation.

To conclude I think it is important that Somatics not fall into the Eurocentric mind-set that has predominated our education and beliefs in the West. In studying and understanding the philosophies of Buddhism, Taoism and Hinduism, and the practices that have developed and evolved around these philosophies for thousands of years, it becomes obvious that this is where the roots of our Somatic practices lie.

I might go on to say that we need to look to Africa, and most indigenous cultures, as other examples of how movement is connected to life and cultivates self-awareness. It may not look like Somatics from a Western point of view, but the roots of the tree lie deep in the earth and one needs to dig deep to find all the connections and elements that define that tree.

“Practice is looking, thinking, touching, drinking, eating and talking. Every act, every breath, and every step can be practice and can help us to become more ourselves.”

Thich Nhat Hahn from The Art of Living